As mentioned in the last article I thought it would be a good idea to start talking about the bees themselves and as outlined the colony has three castes. The male drone, the worker female and the queen. As I keep to my promises, I thought it best to detail a little on the queen as a start.

She is the mother of all the bees in the colony. She lays eggs which hatch and therefore, male or female, are her children. So, if we think of a pyramid, she is at the top. One day, a child of hers will take over from her but we will talk about that again. How did this start, well quite frankly we do not know as bees in their current form have been found in fossils some 53 million years old. We do know that they came before us humans did so we can only suspect that at some point in our history a human picked them up and started looking after them. So, in our human history queens have always been surrounded by bees.

The queens start their lives by being designated as queens. They are given larger cells to grow. They are fed more royal jelly (not the preserve of shampoo) as well as pollen to grow larger. This triggers a DNA reaction where they will grow slightly differently. Whether it is a lack of royal jelly in worker bees or the fact that they are fed royal jelly is a hotly contested academic debate. They are larger than other bees, indeed they are the largest in the colony. They trigger other instinctive acts, such as the need to be the only queen in the colony. Immediately after they are born it’s as if they know they will be a queen.

After about 5 days of being born (bees don’t tend to keep calendars) she flies outside, one of the only times of her life that she will do so. She flies up into the air, going far higher than the ordinary height of a flying bee which can be 10m20m or more. She will be giving off pheromones, effectively the way she ‘talks’ to other bees through scent, effectively proclaiming to males that she is there and waiting. In this flight she will mate with 10 or more males, each one decanting their semen, enough for a lifetime. It is not surprising that this is called her mating flight. Once she is happy, she then returns to the colony where she will stay for some time.

After a few days she will start to lay her eggs. She now has semen so will actively decide which eggs are fertilised or not. All fertilised eggs become females, known as workers, and all unfertilised eggs become males, known as drones. Her laying capacity can be quite astonishing. She can lay up to 3,000 eggs per day at the peak of summer…. that is some labour ward on a Chinese scale! She will keep this up for some 3 years where after this the rate of egg laying will decrease. And all this fertilised by the very first flight she ever took. She will not mate again, but maybe will fly again when they start to swarm (which we will cover another time). 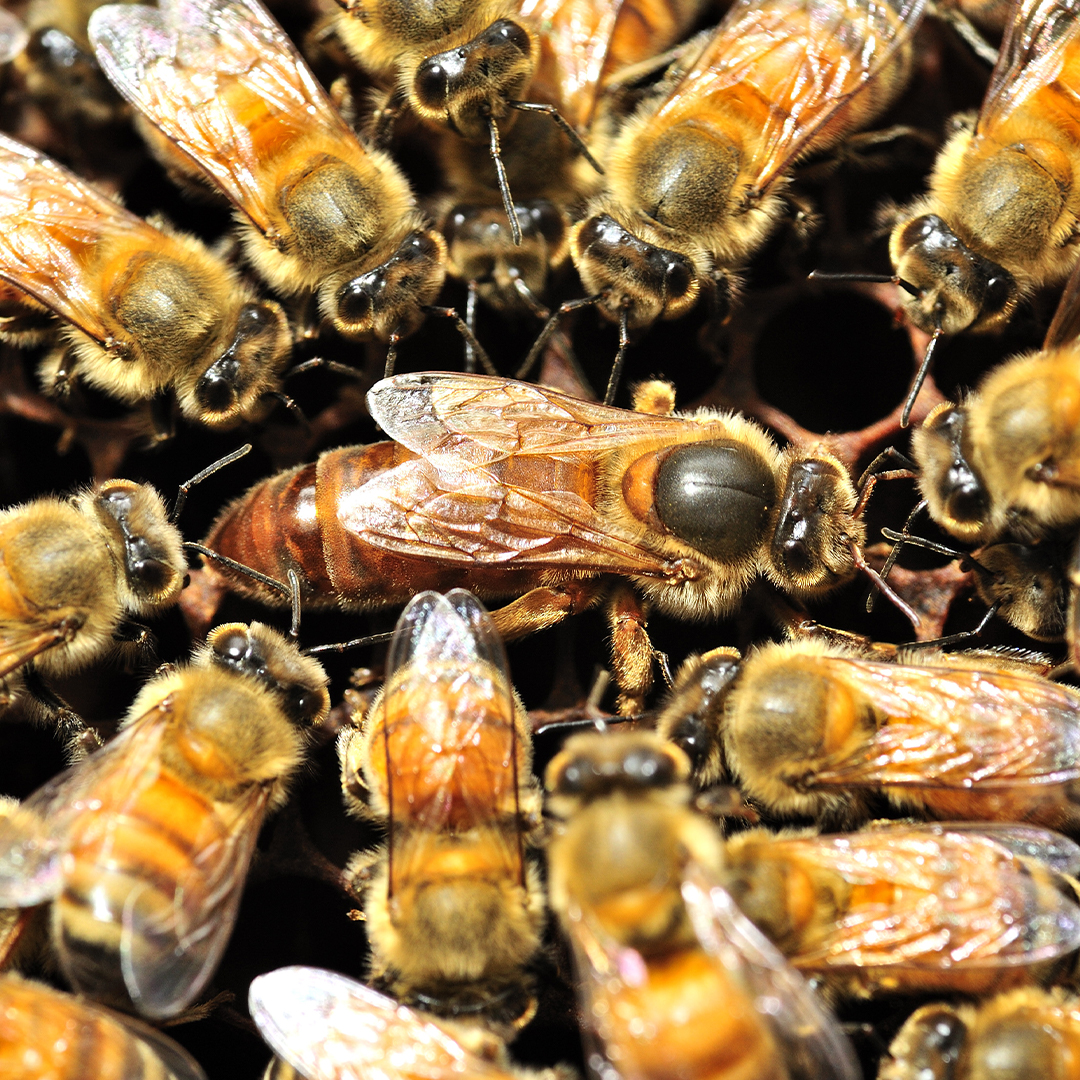