At the beginning of the month we were very proud the very first Rising Sustainability Star Award by Speciality Fine Food Fair which was held, traditionally, at London Olympia. The event has long been on the fine food calendar drawing in the fine food markets from across the globe.

The award was recognising our work producing a 100% carbon neutral honey as well as our approach to beekeeping organically, ethically and sustainably, leading the field within our sector.

London Olympia Speciality & Fine Food Fair for many years has been seen as the pinnacle global event for fine food industry and is open to industry visitors only. To be nominated, initially, was a great honour. To win, was just fantastic. This nomination was a genuine surprise and we must that our nominee who, to this day, we are don’t know who you are.

The nominee was quoted as saying “they made me realise for the first time the dangers that climate change posed, they have influenced me a lot and I know a fair number of people who look up to them for inspiration." 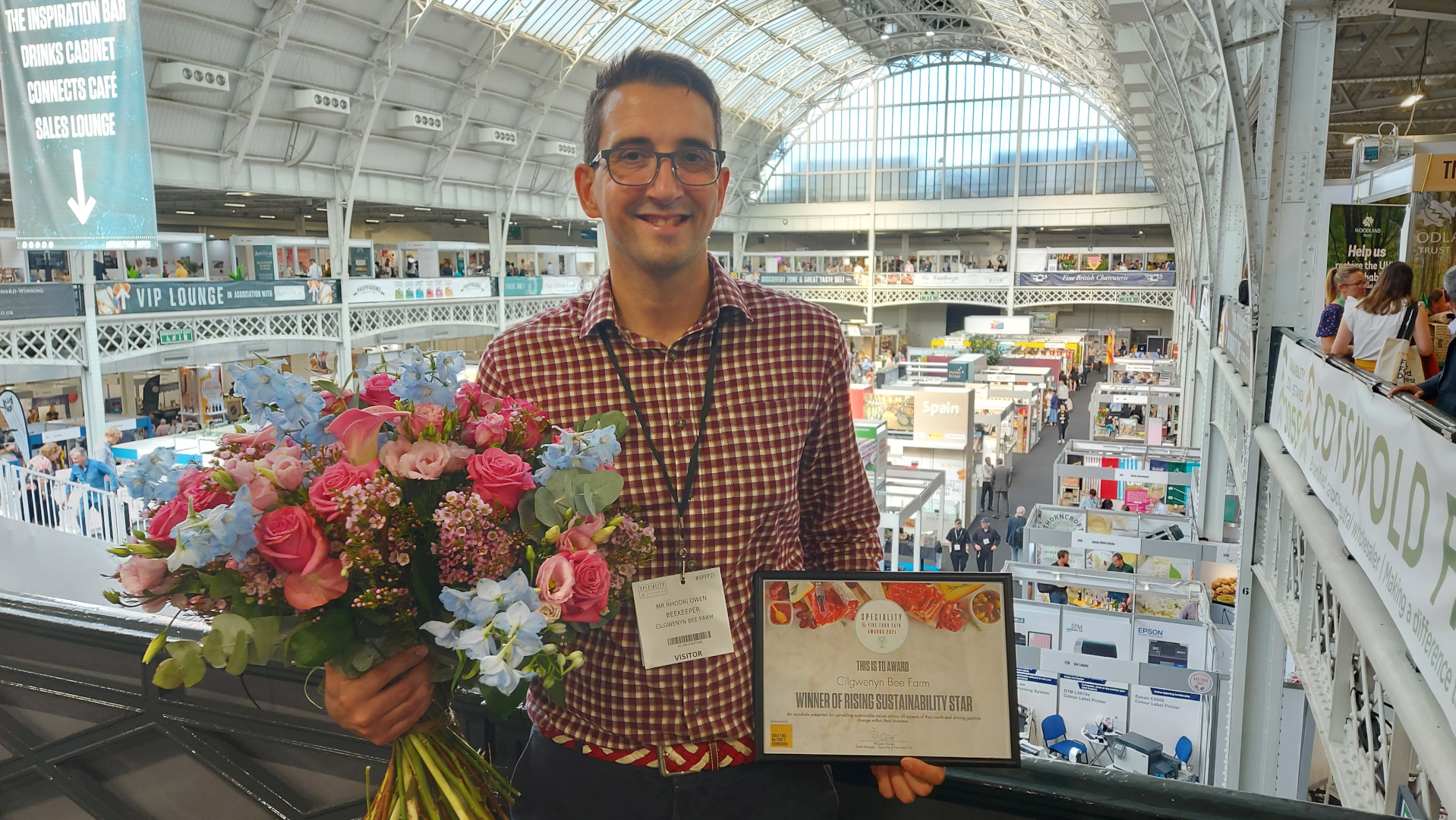 After the finalists were drawn up by the judges it then went to the public vote. And gosh did you all support us! We had 500 votes by the public which we are absolutely humbled by. Thank you to everyone that voted for us.

The public vote were just one part, the second with 50/50 weighting were voted by judges comprised of industry experts. Panellists included Adrian Boswell (who has been in the fine food industry for over 20 years and is the Senior Buyer for Selfridges), John Ferrand (a renowned fine food expert and now managing director of the Guild of Fine Food), Karen Green (formerly a retail byer at Tesco and now a food mentor), Abby Chicken (formerly of Waitrose, John Lewis and now the sustainability manager at Selfridges), Scott Winston (formerly of Harvey Nichols, Harrods and recently buyer Fortnum & Mason), Vhari Russell (founder of Food Marketing Expert) and Rob Copley (award winner for his farm shops and now chairman of the Farm Retail Association). All of these descriptions are brief and do not fully emphasise their importance in the fine food sector!

We are pleased though that these judges marked us 60/70 of the votes, an astounding win, and combined with the public votes we were clear winner this year in our category.

So what was it like to win this award…Absolutely fantastic! Thank you everyone. 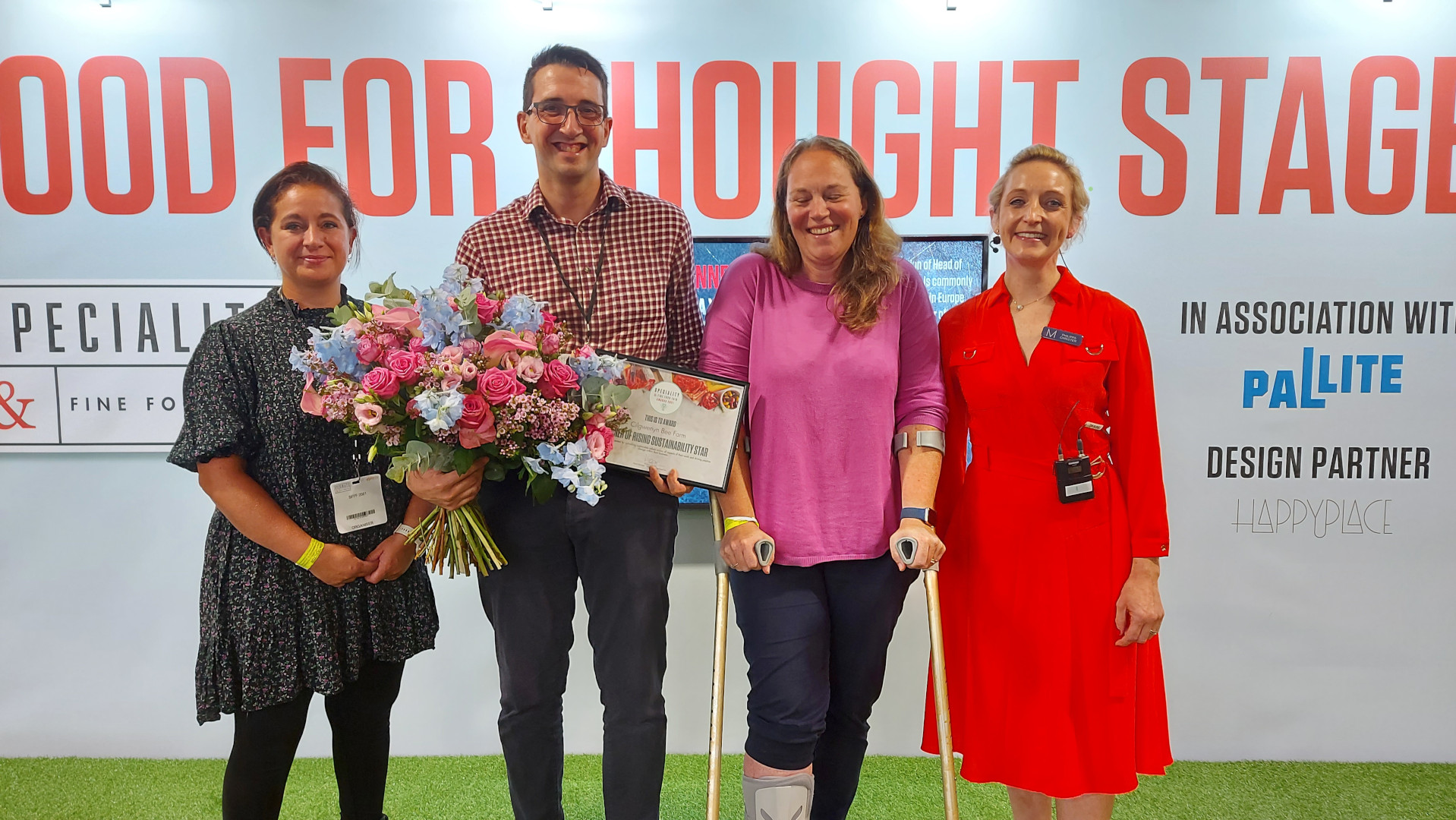